There is no question. Noble young minds have embraced a new medium: Streaming.

And while streaming forms just one part of the live-to-digital landscape, its appeal is far-reaching, engaging an alternative demographic than other, more traditional channels.

Where Event Cinema is growing at a steady rate among those of a particular income bracket, streaming is proving to be just as powerful a medium for productions wishing to broaden their appeal.

Taking arms against a non-existent sea of troubles is a fool’s errand. So, embrace the digital tide, for the numbers suggest opportunity, not peril, as discussed below.

Nothing is more apparent than the nation’s appetite for live performance, as our first article revealed.

But, before you drown in the detail, let us first focus on one significant fact: while not everyone can make it to the theatre, the vast majority of those surveyed still display an interest in keeping their fingers on the artistic pulse through some form of digital experience.

From a pool of over one-thousand respondents, only a handful claimed to have never sought an online production of any sorts. If nothing else, this is an empirical thumbs-up for streaming.

As digital natives become the norm (it’s true – millennials and Gen. Z are no longer just the upstarts of society), is it any wonder they expect others to fall into line with regards to their routines? Perhaps not, and as this demographic will be critical in the long-term livelihood of every industry – not least the arts – it is crucial that leaders take note.

A fact well supported by the figures.

Unsurprisingly, the primary audience of streamed performances falls between the ages of 16-24, as ever-younger viewers seek alternative forms of online engagement.

Whether their turning to digital channels is a direct result of less disposable income or just the fact that the generation is more culturally aware, the correlation between age and channel is further reflected in employment status. Among students, upwards of 65% of the population also stream, demonstrating how those with modest means are making the most of a new form of access.

This view is equally upheld by Event Cinema demographics.

Of those with higher incomes – talking £100k or more – ninety-four percent had attended Event Cinema; whereas less than a third of that same bracket had ever chosen to stream. Conversely – among lower-income households – while they have noticeably higher streaming rates, fewer make it to the actual event.

That said, there is still a notable proportion who seek the joys of Event Cinema – suggesting that Event Cinema is, in itself, an event to be cherished – yet streaming still serves a group who are less able to attend on such a frequent basis.

Which raises the question: who does your production serve? Depending on your response, your live-to-digital strategy could be vastly swayed.

The Paradox of an Urban Lifestyle

A clear benefit of the digitised performance lies in its instant accessibility for anyone, anywhere; an advantage widely recognised:

“You have people in very rural areas that are able to go and see performances that they could never afford to see in London and in New York. It is exciting” – Touring Theatre Director

In contrast with this widespread assumption, however, is that it is not necessarily the rural audience who benefits from live-to-digital. Instead, those in urban environments are fifty-percent more likely to stream than those living out in the sticks.

While this may surprise some, it is important to note that visual and digital exhibitions in urban environments also attract a younger, more dynamic audience, suggesting a predilection among up-and-coming generations for consuming digitised productions of any sort, be they theatrical, artistic, musical, or otherwise.

So, people stream. But what?

Now you understand the prominence of digital, it’s time to dig into the preference: or the what, the when, and the where.

While the live-to-digital category may have started out in the realms of contemporary music, then turning to opera, its future undoubtedly lies in theatre. One common theme amongst today’s live-to-digital productions is that drama sits head-and-shoulders above the rest in terms of popularity. Which makes sense.

Transporting live drama to the screen preserves much of the integrity of the performance and, as such, the majority of productions are dramas. Family theatre does make an appearance; musicals have their place – but each makes up just short of one-fifth of total productions, whereas dramas represent close to half of all streamed performances.

Keep the audience on the edge of their seats and your digital production will likely be well received.

Opportunities exist beyond traditional theatre; however, these are arguably more niche. Those over sixty-five are twice as likely to attend opera through Event Cinema, with the same theme existing in the context of streaming where – conversely to theatre – many more retirees consume opera online.

Giving the Audience What It Wants

With such clear signals from the audience, what else can one do – they are online, so why aren’t you?

It is little wonder that one-third of organisations include elements of live-to-digital in their schedule, with many who are in the process of – or have recently finished – a streamed performance. That said, the transition is not cheap.

In fact, it is mostly those who spend more than one million a year on production who go digital. They are also three times more likely to do so than their lower budget peers, which indicates budget, as much as a propensity for risk, determines who can tread the digital boards.

Moreover, those who receive funding tend to be more heavily involved in running live-to-digital trials within their portfolio. So, perhaps it is time to seek support.

However, even for those with limited budgets, unconventional routes exist as demonstrated by the Theatre Royal whose performance reached 170,000 patients across ten hospitals via Hospedia – an in-hospital television network.

A lesson in never letting yourself be bed-bound by budget in the digital era.

Interestingly, it is not only theatres who are forging new paths. Cinemas and schools, as well as libraries, pubs and cafes, are also demonstrating an appetite for non-traditional performance as they continue to fill seats in their less-than-conventional settings.

Moving one step further, access to a physical or digital location of your own is not a precursor to staging a live-to-digital performance. The majority of participants are more than accustomed to using third-party apps and websites when offering content, if not the websites of venues themselves – particularly if on a modest budget.

Whether you’re in it for the money, or just hoping to spread the word, there are opportunities on all fronts. Pay-to-view platforms exist, and this is a route a handful of production houses follow. Alternatively, they may choose to charge a fee at a live-screening venue such as a cinema.

However, not all take such a profiteering approach, with productions of a more modest size likelier to opt for a free platform as a means of establishing innovative partnerships to build their brand. Indeed, smaller operators may be best served in identifying their own routes-to-market with very few companies actively engaging with distributors when organising live-to-digital events.

Partly for cost savings, partly for the strategic fit.

Plus (and in no small part), given that live-to-digital and traditional production budgets tend to come from the same coffers, there’s a reason median spend on live-to-digital productions is less than £10k, with only a handful ever investing upwards of six figures.

Moreover, with 70% of exhibitors taking less than 20% of their gross box office earnings from live-to-digital, the investment does not provide the best returns.

Epilogue: Breaking Down the Trends

This exercise is not intended to be a death by numbers; they have their own story to tell.

First, realise that the young are streaming, as is a broader demographic. One-fifth of streamers are non-white British. In Event Cinema, that same demographic represents just one-tenth of the audience so, if you want a wide appeal, but your budget is limited, then target online platforms.

Significantly, those who stream more frequently are also likelier to attend live performances more regularly; even more so than your average theatre-goer. Realise that this untapped audience could turn into your biggest fans, given time.

Supporting this belief is the fact that for those who stream, the experience of live-to-digital is distinct from that of the live performance; in short, they are not seeking to replace the liveness of the theatre, they are hoping for an alternative experience – something unique.

Live theatre still holds the same appeal and the intent to attend has in no way diminished.

In fact, the digital activity can even energise a new audience thanks to its halo effect piquing interest in live repertoires, as the brand benefits from its foray into the modern world. Once you realise the scale of the digital landscape, you can begin to comprehend who we are trying to attract, and how to draw them in.

To genuinely appreciate why audiences participate in the way they do, or the reasons why theatres are reluctant to enter the space, read our next article. There, we will break down the underlying motivations, alongside the perceived barriers to entry, both for those who enjoy live-to-digital performance, as much as for those who stage.

Thank you for reading. 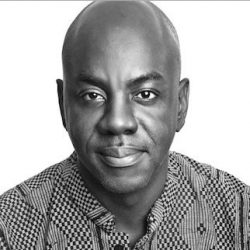