What the Future Holds for Theatre and Digital

You are here:
Wireless 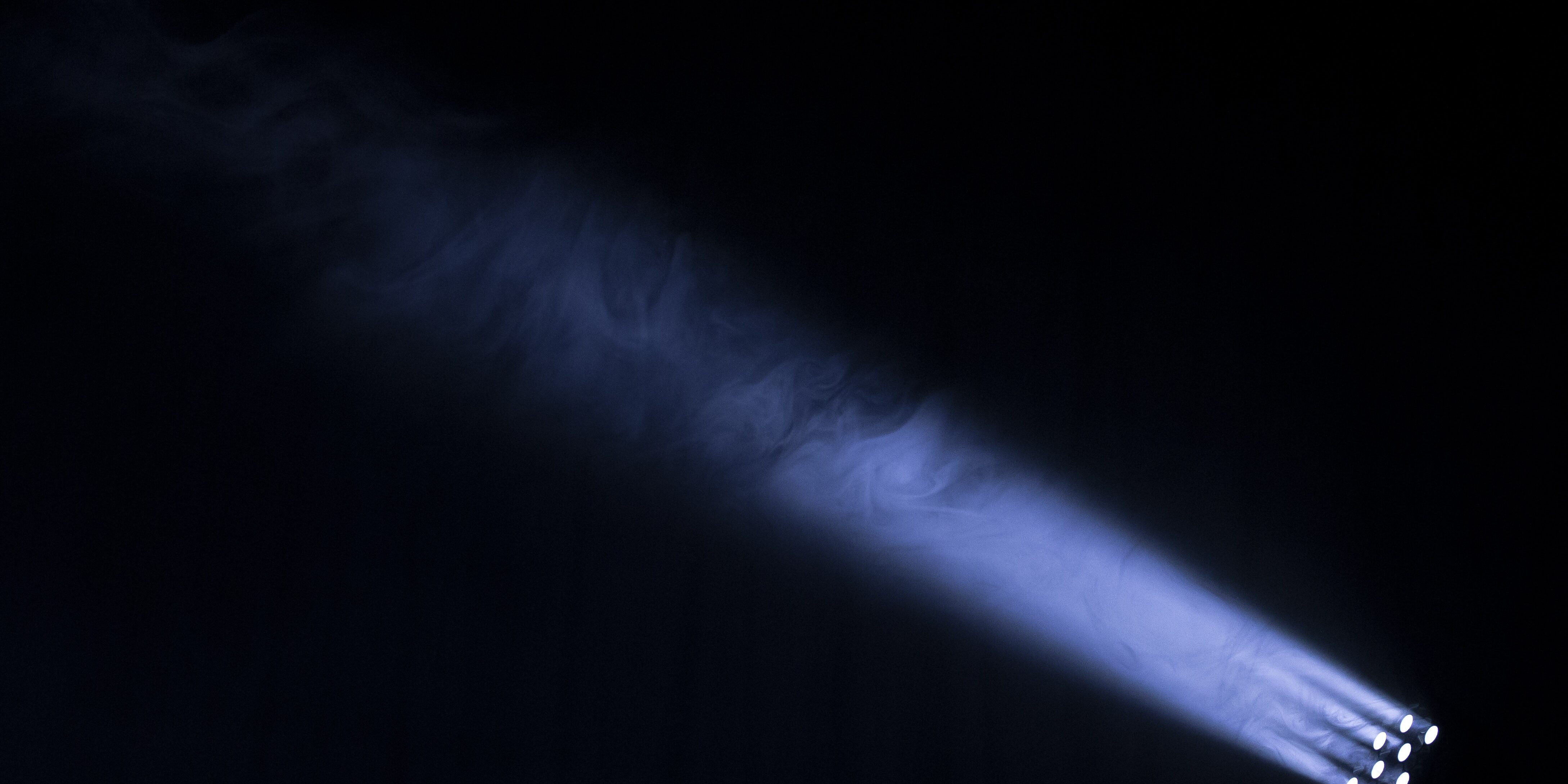 Live-to-digital is not only about the big wins. Items such as digital programmes can be an effective means of enhancing the in-theatre or pre-theatre experience, and such offerings have been well received by younger audiences. Moreover, by utilising such elements coupled with ambitious streaming strategies, the opportunity becomes more pronounced. Target an audience and create an immersive experience and your production could easily transcend international boundaries.

As much as technology allowing new distribution channels is influencing the industry, the introduction of immersive technologies could be on the cards as well. High-definition, virtual reality, 4D and binaural sound are just some of the features that today’s production companies are exploring. Expect these to become more widespread.

As a final step, it seems theatres, venues and producers may also share a common desire for more open dialogues between each other. Shared calendars and community-centric initiatives could help the category grow at both a local and national scale.

In the final scene of this four-piece epic, you will discover how the world of live-to-digital could play out in years to come. While no-one can claim twenty-twenty foresight, but the trends point in one direction – and that is a continually growing digital audience.

At no point in the journey has there been any sign of diminishing viewership as audiences clearly enjoy the distinctive qualities, as much as the novelty, of both the streaming and Event Cinema experience. So, as technology advances, it seems logical that attendances will grow – as will ambition – and it will remain a fascinating space to watch.

And not only for those with larger budgets.

As case studies suggest, even smaller productions can achieve great things with the right targeting and a positive, focused strategy. Much like the sport and music industries have grown via increased adoption of digital, expect the same in the nascent space of online, or big-screen, theatre.

In particular, dramas and musicals could dominate as the crowd have shown a clear preference for these two forms.

Enhancing a Performance: The Great and The Small

Though the opportunity is profound, theatres continue to look to the future with trepidation, unsure how to capitalise on emergent technologies. Although grander-scale projects may be unachievable for modest budgets, smaller wins do exist.

One of the surprise enjoyments among certain strata of the audience has been the introduction of digital programmes – either as a precursor, or supplement, to the performance. Sharing details of upcoming productions via digital means has been a reliable marketing technique for many theatres with the majority of viewers appreciating the ease of access alongside greater access to information.

Taking the concept one step further, when distributing digital versions of programmes to a live audience, the idea was particularly well-received amongst younger attendees, with some enjoying features such as director comments or commentaries to supplement the actual show.

While this may not be to everyone’s taste, it is essential to understand what audiences are looking for and to be both creative and accommodating when enhancing the overall experience. As the future evolves, who knows what role digital will play outside of streaming and event-based spectacles.

“It’s a risk-averse sector with an ostrich mentality – if they bury their head in the sand, digital is going to go away.”—Producer

An important outcome is that prospective participants are not overawed by the big-budget Event Cinema productions that dominate newspaper headlines. While they are indeed a force within an emerging industry, these channels only make up a corner of the wider landscape.

Where the barriers to entry in the Event Cinema market are prohibitive – be it budget, brand equity, capital or casting – the ongoing growth of streaming demonstrates there are multiple ways to explore new segments at a reasonable cost.

Taking cue from the Belarus Free Theatre – a politically-motivated production company who seek to connect with audiences across the Eastern Bloc – by being open-minded with capabilities, creative with distribution and proactive in forging partnerships through a focused tender process, the company was able to generate a live stream of each one of their recent performances; reaching an audience of thousands in upwards of 30 countries.

The lesson here is that if you know who you want to reach, as well as understand the style of production you’d like to achieve, anything is possible. In pursuing a number of leads and being open to suggestions when it came to the final production technique and streaming strategy, the company achieved impressive results for a modest outlay.

Of note amongst those who plan to offer live-to-digital experiences in the future, the majority will make use of their existing digital assets –  such as their own websites – to distribute content directly to their fan base. They are also looking to partner with third-parties within the industry to support widespread enjoyment of the arts.

It is clear from the mix of distribution channels that, while cinemas will remain the big-ticket venues of those with higher budgets, online channels offer a valuable outlet for those with constraints but who are eager to reach a broad, even international, audience. This space could likely grow at a significant rate.

A Different Kind of Reality

Adoption of new technologies in cinema is widespread, with augmented screenings commonplace across the majority of venues. While this works in the world of Hollywood, is there any suggestion it could transfer to live theatre? Given the virtual and augmented reality industries are expected to surpass $30 and $120 billion in revenues respectively by 2020, these avenues are worth exploring.

There are global production companies testing the limits with the LA Philharmonic Orchestra recently delivering a virtual reality performance to an LA-audience in underserved communities. Beaming a four-minute rendition from the Walt Disney Concert Hall, this was an exciting excursion for a not-for-profit who are keen on sharing their prowess with a wider world, showcasing the potential of such technologies.

As ever, the National Theatre Live remains a trailblazer in the context of digital with their 2015 broadcast of Hamlet being the first ever ultra-high-definition 4K multi-site transmission. The fastest-selling show in London’s theatre history, this could signal the desire for top-quality reproductions of at a national level. Moreover, there are even suggestions of supplementing such shows with physical effects – such as rain or vibration – bringing rumours of the pending arrival of 4D.

Such sophisticated technologies do have the same prohibitive cost as traditional Event Cinema, but one thing could help: the prospect of smaller organisations entering into short-term partnerships with larger productions to deliver condensed schedules of performances that generate interest among higher-profile players. Exactly how this might look is still open for discussion. However, it seems many are interested in exploring such avenues.

Poignantly, such technological advancements can also bridge the experience gap between live and digital. In the context of Complicite, they broadcast a production of The Encounter, which was the first ever performance to harness binaural sound – where the sound is recorded with two microphones to create a 3D audio experience. With both the live audience and those streaming (through YouTube and The Barbican’s website) wearing headphone sets, the sound created a vividly intense atmosphere equally enjoyed by those at the production as much as by those elsewhere.

As well as preserving the individualistic nature of the in-theatre experience, the distribution channels also allowed a large proportion of the audience to view the content online, logging in from locations as remote as Taiwan with the demographics representing a younger age group than Complicite would expect to attract.

At a modest cost of £50k, the live stream was a potent new marketing channel for a well-received production whose success suggests further opportunity awaits in the augmented arena.

As much as how the power of collaboration could propel the industry to new heights, a second quick-win could also be on the cards.

A resource such as a shared diary between participants would allow those in Event Cinema to see what is on the horizon in local areas, supporting scalable growth through avoiding unnecessary clashes while also empowering communities to develop localised artistic offerings.

“We are all aware of what is going on in terms of Event Cinema – but I don’t know, without digging quite deeply, what’s happening in regional venues… Say I want to put on an encore of the Audience, I don’t know what the local ‘live’ competition is. If there’s less relevant competition in the marketplace [during a certain period], I’m going to sell more.”—Exhibitor

Opening a communication channel such as this could facilitate closer working relationships between entities, which would foster an atmosphere of enhanced growth as joint ventures evolve. Both venues and production companies could benefit from newfound transparency. Where cinemas continue to showcase a commitment to local communities, theatres could be more forthcoming in their own plans to establish initiatives that serve both personal and collective interests, evolving audiences and sharing information that helps develop the industry as a whole.

There is even talk of the digital-first tour with both live and online performances – that also include post-show discussions – beamed to multiple venues concurrently. As the focus shifts to more ecologically-minded ways of operating, this could be one direction that fosters significant support.

If nothing else, it could marry existing beliefs:

Once More unto the Breach

Now, to bring this to a close. These are exciting, if mildly unnerving, times for an industry in transition. As is visible elsewhere, technology has untold potential. However, it is a question of exploration if productions houses are to unearth its full potential.

With both streaming and Event Cinema proving compelling mediums for building an audience of a different kind, there are limited reasons to discount entering the live-to-digital category completely.

Establish a target audience, identify your channel and enjoy the exploration – it is only in doing that people can learn, and there is plenty of support on offer to support those who dare to forge new paths.